At Ahambi Tours, We have first-hand knowledge of the country’s wonderful culture and know the best places for a real African safari. With Ahambi Tours team you are never a Stranger.

You will depart Nairobi in the early morning for Maasai Mara national reserve.

Renowned for its uniqueness in wildlife and birdlife diversity, the Maasai Mara is a hotspot to anyone dreaming of an amazing wildlife experience.

On your way, there will be stopover just before Mai Mahiu for a spectacular view of the Great Rift Valley`s viewpoint which runs from Lebanon`s Beqaa valley in Asia to Mozambique in southeast of Africa, for an estimated 7ooo km. After a short photo session, drive to the Mara will continue.

Arriving approximately around 1300hrs at your lodge/camp, lunch will be served and after which you will rest for about 2hrs to recover from the long drive`s fatigue and later head out for an evening game drive. This will be timely considering the animals too have a tendency to being inactive during the hottest part of the day in the savannah.

The evening game drive will mark the beginning of your wildlife safari experience.

Renowned for its abundance and diversity in wildlife, the Mara game drive will give you a wonderful experience, unbelievably closely mingling with the animals as they roam through the jungle carefree in their activities. Some of the animals found here are the members of the big five; African elephant, buffaloes, leopard, rhino and the lion, amongst other carnivorous like the cheetah, jackals, wild dogs, hyenas and caracals, just to highlight but a few. A wide range of antelope species and birdlife are also found here.

Thereafter, you will return to your lodge/camp.

This will be an eventful day in the savannah.

After breakfast, you will head for a full day`s game drive, this will be the climax of the safari with ample time for the game drive. This will be a good chance of more wildlife and birds. The landscape here is also amazing and will add to your experience.

A visit to the Mara river is also a highlight on this day. Here you will get to see the hippos and the crocodiles. For those who visit during the wondrous Wildebeest migration, which is the annual exodus of thousands of wildebeest and zebras from the southern Serengeti national park in Tanzania to the Mara in search of greener pastures, you will have an exclusive encounter as you witness one of the world wonders. This is as the migrating animals scramble to cross the deadly river with the many crocodiles lurking for easy meal, and hence proofs a battle for the daring and the bravest, and thein the action.

After day spent in the jungle, the African savannah, you will head back to your lodge/camp for the night.

For an amazing view of the galaxy around the equator, you can spare some time at night and catch the starry spectacle, this will be amidst numerous sounds from the nocturnal animals and birds.

After breakfast, a cultural visit to a Maasai village next to the reserve will be done. An African tribe still holding on their traditions, a local guide will educate you on their way of life within the civilization, from their shelter, food to their clothing. Their warriors (morans) will as well entertain you in the famous Maasai dance which you can also join.

Afterwards, you will leave for Nakuru town for more game viewing at the L. Nakuru national park. Again it will be lunch time on arrival and after a considerable rest, head out for an evening game drive. This will be yet another chance of wildlife experience getting to see some of the animals perhaps missed at the Mara or still, some of the same animals in a different activity. The rhino though, is the main highlight here and a worthy visit considering its rarity to spot in the Mara for being an endangered animal.

You will then drive to your lodge/camp for the night.

You will begin the day with a morning game drive, after which you will exit the park for L. Naivasha.

Boat riding is the main activity here. This will bring close to the hippos, as though you were swimming with them, and have more of a birding experience. The fish eagles are often caught in action here as they snatch their prey from the waters and it`s such a sight to behold.

An optional nature`s walk to the lake`s island can also be done. Zebras, giraffes, waterbucks among other antelopes are some of the animals locked by the lake in here and watching them on foot from the normal game driving is always special.

When done with the activities here, you will drive back to Nairobi, arriving in the evening. 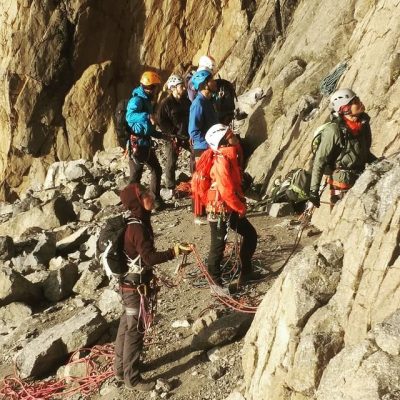 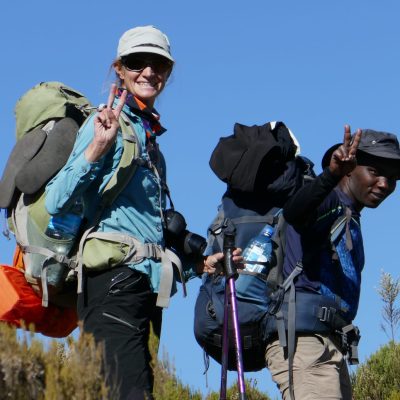 With Us You Are Never A Stranger

The beauty of Mt. Kenya

Merry Christmas to all of our wonderful clients!

Experience the greatness of Mt.Kenya with our prof

Life's a climb but the view is great. ahambitours

Find your perfect mountain climbing tour with our

Made with ♥ in Nairobi, Kenya. Copyright © 2023 Ahambi Tours and Travel.

To receive our best monthly deals